Event TV – Gather Round Children, It’s Time For A Tale Of Television Past (Part One) 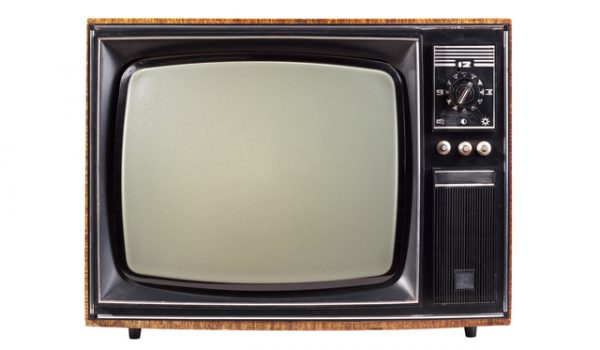 This is the story of Event TV, the rise, the fall, and the future. The black, the white and the technicolour.

Who am I? My model is irrelevant; we are all circuits and electricity on the inside. Yes… this is my tale… it started in the 40’s and oh boy what a decade.

Prologue – The Dawn Of A New Era

The world was at war, and Televisions were banned! One of the biggest events in history and I was stuck in a factory! People listened to news and updates on the radio, “Pssh! Move aside grandma” I said, “People want to see this war not listen to it”.

Chapter 1 – Life Will Never Be The Same

The next fifty-or-so years of TV (on both sides of the Atlantic) would be a blur of drama, historic and sporting events. The 60’s were busy, what with the moon landing and the Beatles going overseas, but it was easily the ‘70s and ‘80s that were the most intense, with the arrival of cable TV.

Plus, this era of TV left thousands of people wondering “Who shot JR? And “What would happen to Kunta Kinte?” – THE big questions of the day.

And lets not forget events like the record breaking M*A*S*H finale in 1983 and the joyous royal wedding in 1981. It was a happy time for TV (and for the millions of TV audiences worldwide).

It was a special time where ‘family viewing’, that rare occurrence where children were not embarrassed to spend time with their parents, sharing a common interest at 4pm every Wednesday, became the norm…

Conversations would unfold the following day at work, around water coolers and across desks, over phone calls and even in the street as people would discuss their favorite scenes from the previous night and share predictions or worries about where they think the story would go next, before, once again, being forced to wait another week.