The Illusion of Interactivity - Bellyfeel 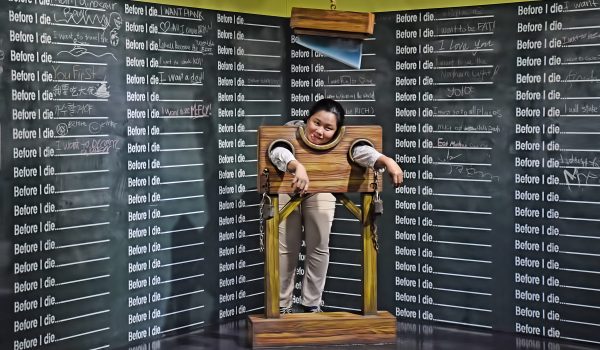 You read to the bottom of this page, and then click to another article… is that interactivity?

You interact with many things in your life every day.

It’s bizarre then that “interactivity” is commonly defined as… humans in a communication process with a computer program.

So let’s ignore that…

What about the interaction between the creator and the audience?

Could interactivity be something MORE abstract?

It’s obvious from the data that interactive stories and media are the best ways to grab the attention of your audience and keep them with you – from the top down to the bottom up.

But it’s important, not to get blinkered about what interactivity is, otherwise you won’t figure out where these most engaging types of modern media can take us.

Every time I meet someone new, who when asking me what I do at work, and I reply, “I’m producing an interactive story” – will say, “like those choose your own thingy books?”

If I had been collecting £1 for each time that question was asked of me I would now be retired, soaking up the sun on a faraway beach, watching my portfolio ping up and down onscreen, without a care in the world.

But NO! I’m writing this to you.

Frank Rose wrote in his book “The Art of Immersion” about how readers of the first novels several hundred years ago were so consumed by the stories, they were considered insane.

The immersion he writes about is the interaction between the creator and the reader, taking place somewhere between the media that is words on a page and the imagination of the audience.

It’s happening already. Social Media and the current wave of social “Stories” are a prime example of this. But pre-Facebook and MySpace the audience were doing this themselves, utilising whatever technology they could get their hands on to make connections with each other through bulletin boards, comments, IRC and email.

What do the audience talk about? Concoct with each other? Write extra chapters for?

They are using the story to interact with each other.

A smart fellow I met in Croatia recently defined anything that was a coincidence as being INTERACTIVE. It’s an interesting idea that led me to reflect about the way thoughts work, and how as humans we interact in our own minds linking between themes, parallels and intangible areas of understanding. Making connections.

From experience I know that if you can infuse your own interactive works with this kind of depth then your audience will go a long way with you.

Authors and creators who go deep (Kubrick, Lynch, Nolan in the cinema – Cage, Kojima, Taro in games) do this – thinking right into the heart of the subject before putting something simple onscreen to entertain us.

This kind of background work makes your stories, especially interactive ones, much more potent than just a decision point asking you which direction to take, or what to eat for breakfast.

In great films, books, theatre and games the author provides enough ideas to engage the audience so that they suspend their disbelief.

And if you want to make a great INTERACTIVE STORY – then you may need to be dealing with the ILLUSION of INTERACTIVITY.

In Bellyfeel’s work, we have made considerable efforts to work within these undefinable areas. Many interactive stories we see employ expositional interactions, meat and potato decisions that are too on the nose to be even a little intriguing.

Should the protagonist take the money from the mayor?

Or continue the fight for justice?

Should you pay your daughter’s hospital bill?

Or trust in the bigger plan, even though you don’t know what it is?

Should you: Capitulate or Prevail ?

The audience to audience interactions are a whole other topic, to be continued…

But for prewritten interactive stories – believing the audience is making real decisions is like believing that I’m in Vietnam when I’m watching Apocalypse Now on my TV at home.

Trust your story, and the audience to interact with bigger themes, ideas and experiences by freeing up control. Illusion is POWERFUL!

Stop thinking that interactivity is what happens between humans and computers… it’s boring! 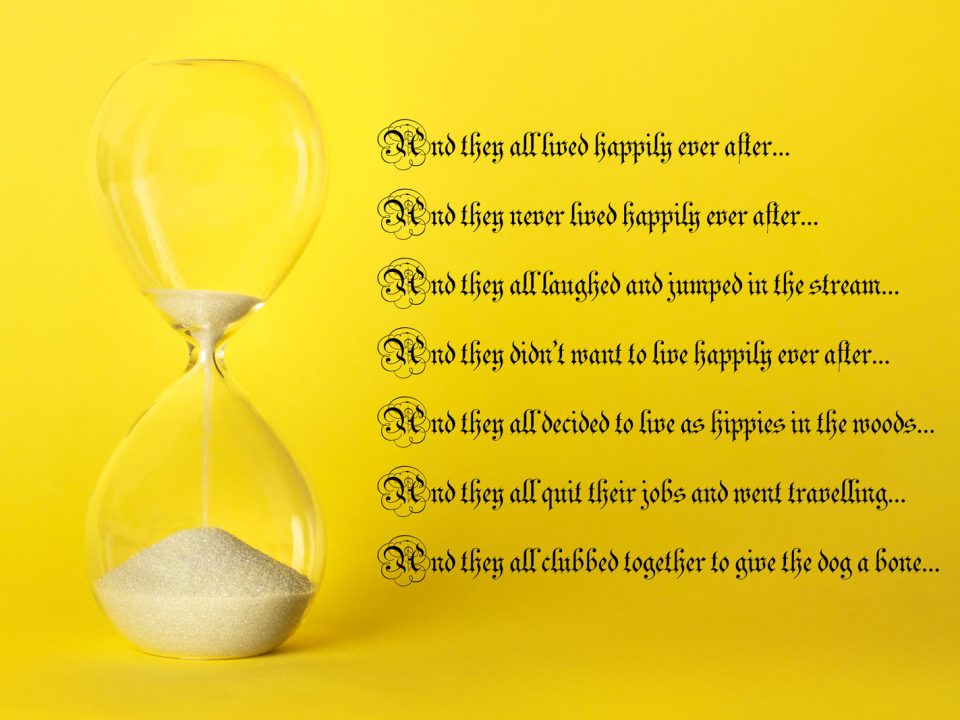 How Many Endings Does It Have? 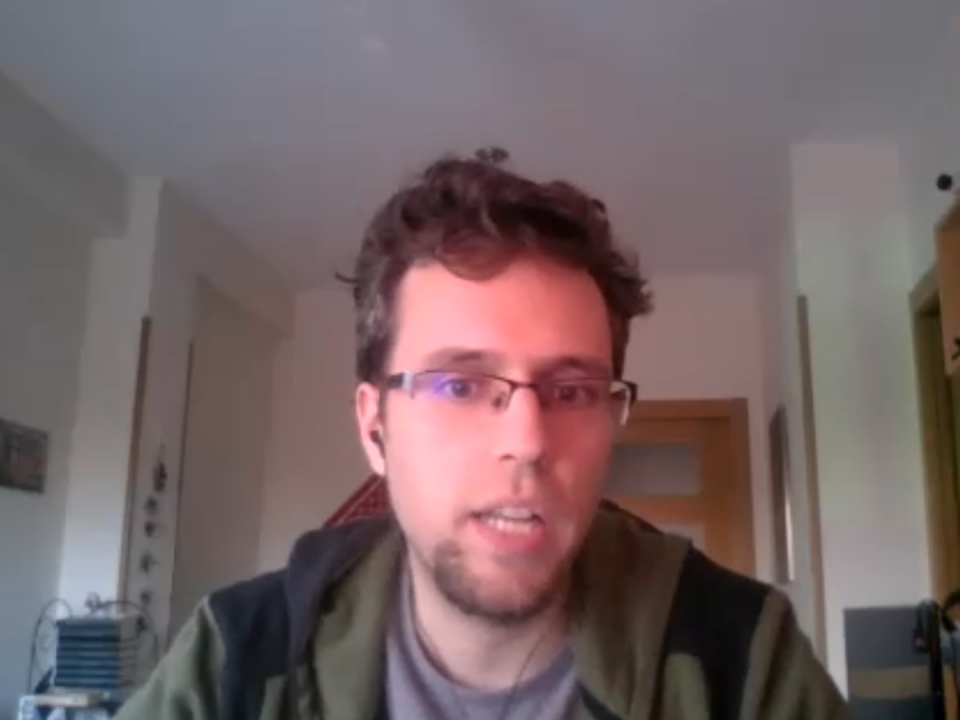 The writing process for games, personalisation and what makes a good cooperative game 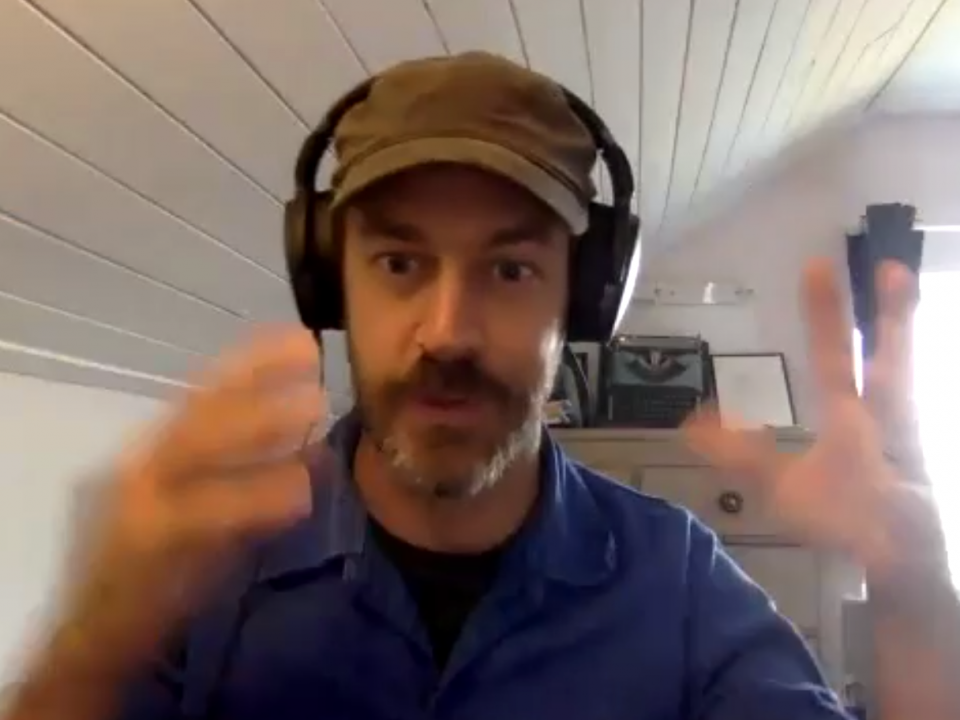