Transmedia Hangout: How To Get Yourself In A Storyworld Frame of Mind

Jeff Kinney Interview – Poptropica and Beyond 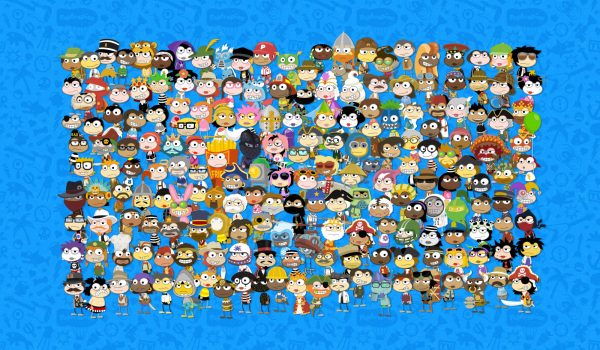 I was asked to produce a live event about virtual worlds for kids recently.

I discovered one I hadn’t heard of before:  Poptropica which has 300 million users. I was quite shocked that there was a media property out there so massive and I hadn’t even heard the name before…

It was started by the very talented Jeff Kinney (of Diary of A Wimpy Kid fame – 75 million books sold and rising).

I asked my 9 year old daughter to check Poptropica for me and she disappeared – for 3 days! Needless to say it is good – and quite educational too.

I managed to get in touch with Jeff and did an interview about Poptropica for the event over Skype. It was a fascinating conversation – I hope you think so too.

How did you come up with the idea for Poptropica?

I probably came up with the idea in 2006, and I remember I was mowing my lawn and this idea came to me for a much more immersive experience where your whole experience is driven through your avatar and that your avatar travels and collects things, which at that time, was kind of a new-ish concept. Since then, we’ve had many hundreds of millions of kids come through the site and they spend an average of I think about 27 minutes per session on the site.

What was your original vision for Poptropica and how did it get to its current form?

My first idea for Poptropica was that you would be a person who would live in an apartment and that you could collect things and bring them back to your apartment, and we’ve seen that model in lots of games like Animal Crossing and there are many virtual worlds that follow that model but this was right around the time that kids started to carry around iPods and there was that feeling that a kid carries their content with them. So we took that central mechanic of the game, that your character doesn’t actually have a home. Your character travels and brings everything with them.

That’s very liberating because then you don’t have a geographic challenge. If you had to keep going back to your house or apartment, you would be limited in a way as far as how far you could go. The idea now is that the character just island hops. Actually at that time, we were going to call the game Poptropolis, and right before we were ready to launch, Nickelodeon came out with their own virtual world and they called it Nicktropolis, and we realized it was just too close, so we thought about it for a while and we came up with the idea of Poptropica, and at that time, we were thinking of independent cities or independent rooms but that shifted us into independent islands and that’s worked really well for us.

Was there a natural progression from the Wimpy Kid books to Poptropica?

Actually, Poptropica was my natural career path. It doesn’t really have anything to do with Wimpy Kid in some ways. I worked for newspapers, then started working as a webmaster. And then I started to write my own games, I started working for Pearson and all the while, I was working on my comics at night but they didn’t have anything to do with one another.

What is it about Poptropica that has made it so successful?

It’s gender neutral, which is great. I think in fact, historically, our traffic breakdown has always been 50% boys, 50% girls which I think is sometimes hard to achieve. I think that each island has its own, its own set of rules, its own universe and by not being overly thematic or by not creating one set of rules for the universe, I think it gives our kids a chance to experience all sorts of different things and that’s fun and freeing.

Some of the stories we’ve told, I can’t believe we’ve gotten away with, I think the most exotic story or esoteric story we’ve told is we have an island called Mystery Train where you’re travelling in the late 1800’s on a train from Washington DC to the Chicago Worlds Fair and you meet Nikola Tesla and Gustave Eiffel and all these luminaries from that time, and I kind of held my breath, I didn’t think kids would like it. But it’s one of our most popular islands because I think it’s authentic and rich.

What is your role within Poptropica?

I used to actually be a computer programmer. I’d write the code myself and I was the designer. I created the character model for Poptropica and then established the style guidelines and then we hired people who are more talented and more prolific than I am, and so they do all that work, the development, the design and I do the writing. I work with a partner within the company and we set the editorial slate and then we write the specific islands.

How often do you update the Poptropica World?

We’ve switched just recently to an episodic model, where we used to launch 2 hour experiences every 3 months. Now we’re releasing 20-minute experience every 2 weeks so we’ve really changed. This is partially a response to mobile. Mobile has been very disruptive for us. We’ve been a web-based property, and now kids are moving over to their devices and we need to publish more frequently to keep the excitement going on the site.

What is the Poptropica business model?

Do you think new audience behaviour and technology will have an impact on the future of Poptropica?

I do. I think that can be very disruptive as technology changes but what we feel confident about is that whatever the technology of the day is, there’s always going to be a need for good content and we think we’ve got good writing, good art, good character design. We think we do something that’s not superficial. There’s some depth, some richness to our storytelling. We’re very hopeful that Poptropica will carry on for decades and in different forms.

Henry Ford, he said that if we give people what they want, they’d ask for faster horses, and I think that’s how we feel about our product is that we’re not really that interested in focus groups or asking kids what they want. We’re trying to anticipate what kids will want, and I think that we’ve been successful at that. When we first started Poptropica, the web was really full of very superficial quick-play games, and we wanted to create something where you had to play for hours, so that was very counter-intuitive and I think that there’s an appetite for that on the web, on mobile, where you’ll pick up an adventure where you left off and that would be more fulfilling than a few minutes of Candy Crush or something like that, so I’m hopeful that we can create something that is not really there right now.

Do you think Poptropica will affect children’s expectations of stories as they grow up?

I think some of the best storytelling being done is in video games today. I think that if you look at games like even Grand Theft Auto or some of these more adult titles that the storytelling is actually very, very rich and that’s why the money being taken in by these big platform titles, it exceeds what movies make sometimes. I think that in general, I think the kids are expecting or kids and adults are expecting more immersive entertainment, and so I think Poptropica is just a part of a larger universe of that kind of storytelling.

Thanks to Jeff, Jess Brallier and all at Pearson for being so forthcoming with this interview. 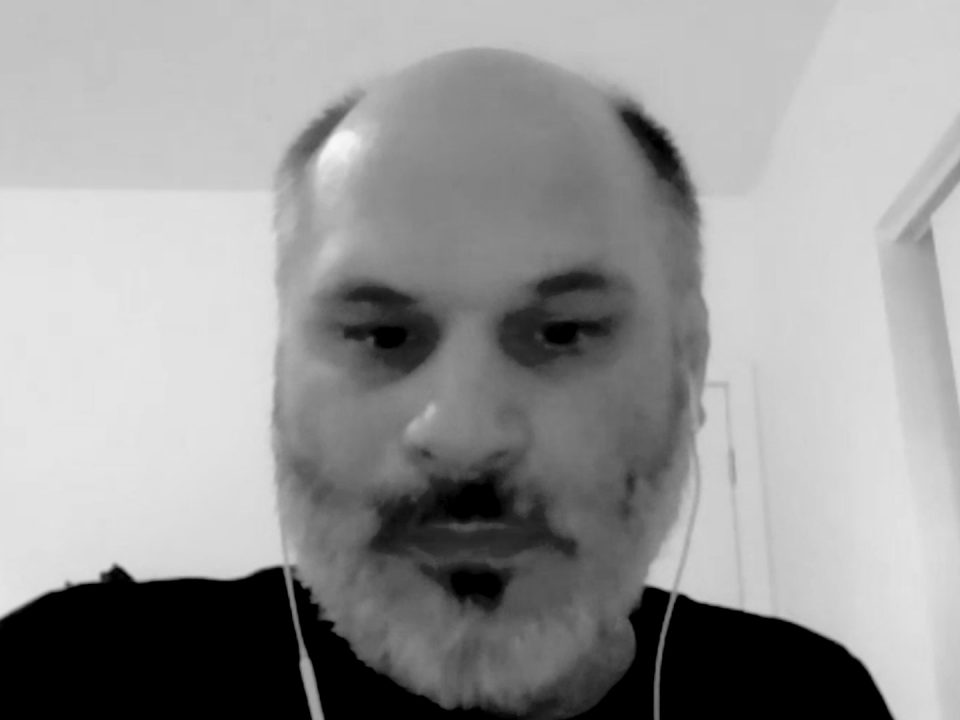 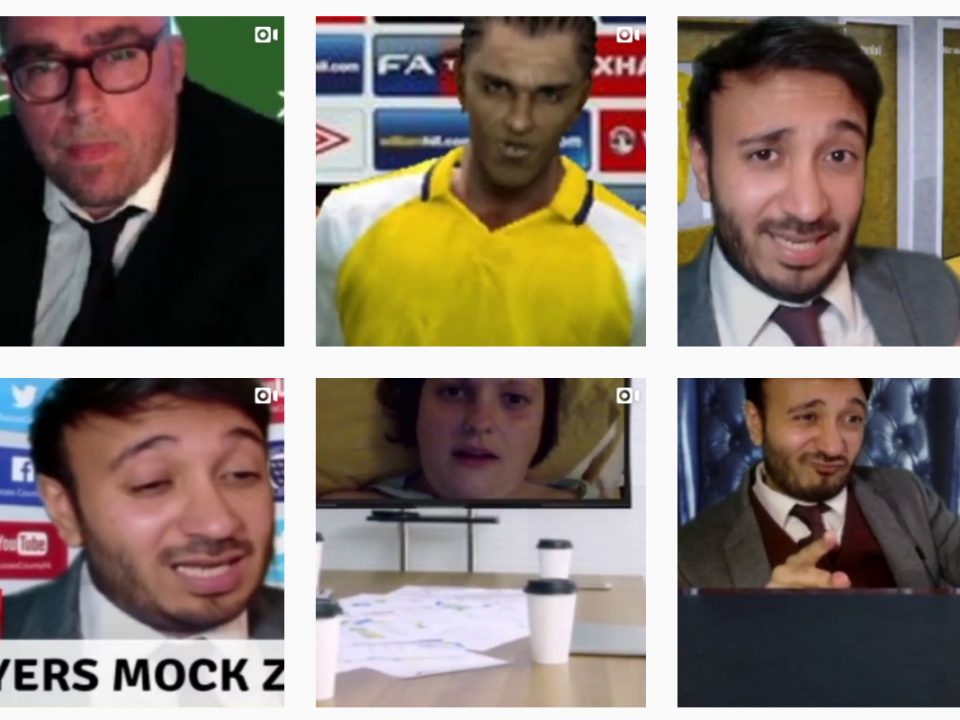 Theatre of the Working Class – Twitch for All