3 Transmedia Tips From The Most Addictive Mobile Game Ever

3 Ways Gaming Will Make You A Better Transmedia Storyteller 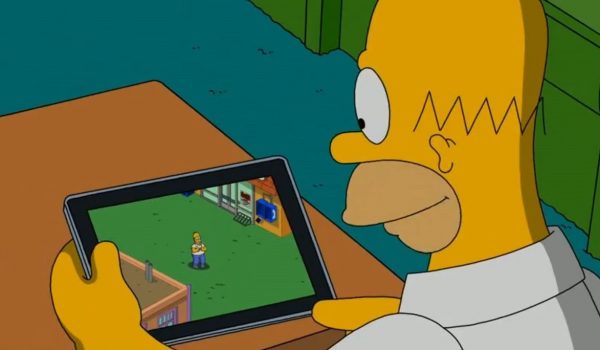 For anyone who is still unaware of the game (if that’s even possible) The Simpsons Tapped Out (TSTO) is a mobile application game available on iOS and Android devices that requires you to re-build the town of Springfield after Homer destroys it.

You take control of multiple characters from the TV show and in classic Sim style, assign tasks to each character, which in turn, generates enough money to buy the buildings needed to put Springfield back together, in any way you see fit.

It’s true; The Simpsons Tapped Out is by no means a new game (originally released in 2012).

But even now, as we enter the final quarter of 2014, I can’t believe that I’m still playing the game… a lot.

And with over 1,200,000 apps available in the iOS apps store alone (around 20% of them being games) the fact that users STILL come back to TSTO time after time nothing short of amazing.

How the hell did EA do it??

If you were following Jeff Gomez’s minimum requirement of 3 or more media-platforms per project, then no, The Simpsons Tapped Out is not Transmedia.

Personally, however, I believe the game acts as a means of Narrative and Storyworld Expansion.

In essence, the game allows the show’s creators to transcend their narratives from one media platform (TV) to the other (Mobile Game).

The game often lays the groundwork for a story before an episode airs, it introduces the audience to new characters or delivers minor, in game, storylines leading up the televised episode.

In some instances the character isn’t introduced at all on TV and only exists as an exclusive character within the game, further expanding the Simpson Universe.

Remember Whacking Day? That classic episode of season four where the people of Springfield mercilessly hunt as many snakes as they can.

Well, in celebration of this historical event, players were treated with a month long update and given the task of killing (tapping) as many snakes as they could.

Now players could unlock exclusive whacking day decorations, buildings and characters for their towns (for limited time only) as well as experiencing exclusive story lines and history surrounding the event.

Everything about The Simpsons Tapped Out drives towards unlocking exclusive rewards and competitive gameplay, even within the social aspects of the game

If you choose to visit another player’s Springfield online, you can perform tasks in your friend’s town to win gold.

(And of course, after seeing how much better your friend’s town looks, the more you get inspired to expand your own Springfield…) I cannot tell you how many times I have wanted to burn down my friend’s town to give me an edge…

Even the very act of adding a friend (or ‘neighbour’) is rewarded with doughnuts, a special kind of currency, which unlocks exclusive content.

You constantly reminded of tasks that need to be achieved in order to earn money, level up and to rebuild their town. The higher the level, the more buildings are unlocked (which in turn earns more money).

So, EA’s recipe for a successful Tie-in game:

Maybe there’s something here that all Transmedians can learn and replicate in their own work?

All I know is, I’m only 17,714 XP away from levelling up again, and my friends are not far behind…

So if you’ll excuse me, I’m gonna to go and play God with my fictional townsmen some more…