What Are You Missing Out On Right Now?

What Are The 3 Transformational Steps To Take From Traditional Media To Transmedia?

Repent! The End of Video Games as We Know it Has Arrived! 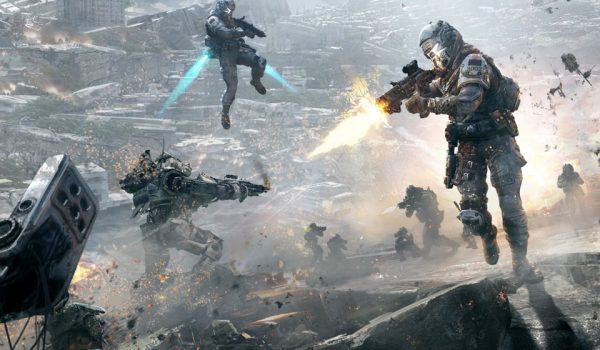 But rejoice! It comes in the form of a 10 ton, mechanical war machine…

So, Titanfall is only two days away from being released on Xbox One and PC, and we at Bellyfeel couldn’t be more excited!

But it’s not just the awesome action, insane graphics and amount of awards that has us excited, it’s the fact that we, quite simply, believe it holds the key to the future of video game narrative!

But I’ve been on Mars for 18 months… What is Titanfall?

For any who aren’t yet aware, Titanfall is a First Person Shooter game developed by Respawn Entertainment and published by Electronic Arts, which see’s two factions (IMC and Militia) do battle in futuristic settings, with large guns and even larger war machines known as Titans… original stuff right?

Except this game boasts one exception… NO SINGLE PLAYER STORYLINE!

That’s right; every morsel of game narrative is online.

Players around the world will band together to defeat both fellow online users and AI bots – All within a massive social online environment, relying on each other to uncover the story through nine ‘multiplayer campaign’ maps!

And as you know, we at Bellyfeel take social storytelling VERY seriously.

Interesting… So how does it work?

Titanfall is an ‘uncover as much as you like’ game. The story is subtly (and masterfully) interwoven into each online multiplayer map… If you want to find it that is.

1)      Grunts. The story is expected to rely heavily on AI Grunts (Computer controlled characters). If a player were to listen to these characters on the battlefield they would stumble upon scripted (or cinematic) dialog sequences revealing news of ‘the overall war’ (i.e. the war OUTSIDE of that particular match).These include the status of the war, actions taken by generals or meeting that’s may be going down elsewhere.

2)      Environment. As with the Grunts, a player is encouraged to look around the battlefield for clues of the story – has this city recently been evacuated? Who lived here before the war etc. Clues are spread out all over each map, and when each fragment is connected, can be pieced together to tell a story.

3)      Social Interaction. It’s important to remember that this is a purely multi-player experience, and when players aren’t busy shooting the crap out of each other, they can rely on each other to uncover elements of story. No doubt social networks will play a role in this – with hardcore fans creating timelines, and charts based off what they find in the game.

Just When It Couldn’t Get Any More Awesome

It seems that Titanfall wasn’t content with just revolutionising social gameplay, but also wanted to try its hand at TRANSMEDIA STORYTELLING too…

Titan Publishing intend to release The Art of Titanfall, a paperback book filled with extra content to expand the online storyworld! The book heavily features artwork from the game, including monsters, races, maps (complete with hidden gems not easily found in the game) and even more importantly EXTRA BACKGOUND STORY!

Audiences are encouraged to both, play the game and read the book to gain a much broader understanding of the Storyworld and its inhabitants.

It would take far too long to explain all the features of this book, so I advise you check out this link:

I think my head is gonna explode!

Are you excited about Titanfall? How do you feel about its approach to storytelling?