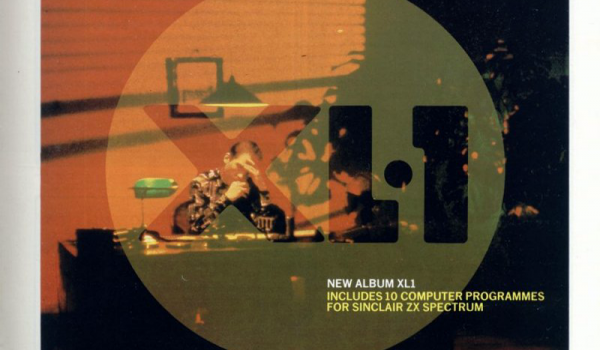 Watching some documentaries on UK TV recently about the punk explosion of the 1970’s has led me to rediscover my passion for the Buzzcocks, and in turn made me think about an album by Pete Shelley released in 1983 that contained a program for the ZX Spectrum computer.

The Buzzcocks – what a group! Totally original – 4 dynamic musicians coming together to create a powerpop punk rock sound I had never heard before and although many have ripped it since, nobody has bettered it.

After firing out 3 perfect albums and a host of classic singles between 1977 and 1979 they went into the wilderness for a couple of years and then split in 1981.

The main songwriter and vocalist Pete Shelley emerged immediately with a seductive new electronic sound and an amazing song called “Homosapien” which floored me. There was a 10 minute version of the song that I played over and over – it still sounds fresh now with its mix of drum machine, synth and acoustic 12 string guitar – carrying a melody to die for.

The song was banned by the BBC for “explicit reference to gay sex” – it’s a very open lyric that’s distinctly gay but the BBC was being unsuitably censorious. (Although my obsession with the song led me to question my sexuality in depth at 13 years old – I think I had what would now be known as a ‘man-crush’ on Pete Shelley – but hey that’s all part of growing up!).

I digress; what’s more important is the impact Shelley’s follow-up album “XL1” had.

Visiting Manchester in 1983 I saw in the HMV shop window that there was a new Pete Shelley single out, “Telephone Operator” and following soon, a new album, “XL1”. What was really amazing was that the album would contain a computer program for the ZX Spectrum. This was unheard of – I owned a Spectrum and used it largely for playing games but this sounded amazing – I was virtually quivering with anticipation – my favourite musician had created a piece of software to accompany his new record – the music was brilliant as it was but add in the fact that I could experience the album on my computer as well… My anticipation was at a higher level than for any pop culture product ever before and ever since.

I felt like I was on the edge of a cultural precipice. (This may sound OTT. I am questioning myself as I write this, but thinking back I can almost taste how excited I was about this crossover).

I got the album as soon as it was released. I will never forgot the first time I loaded it up, listening to the skwonky sounds of machine code loading. I had convinced myself that something would go wrong before I could see it – nail biting – then there was the start screen, I was hugely relieved – and I wasn’t disappointed.

Although the generative visuals were a touch repetitive it was a brilliantly whole experience. The animations were not unlike early Winamp visualisations – the fact that the lyric synch was a nightmare made it truly interactive as you had to pause or fast forward the cassette according to whichever tape machine you were playing it on to compensate for subtle playback speed variances. But wow! It was truly amazing. I must have watched it a hundred times or more…

Sitting here today, I thought there would be something from the XL1 program on Youtube somewhere but I can’t find it – if I get some time I will try and get an emulator working and synch up a movie file or two.

It makes me think that a kind of wraparound interactive accompaniment could be utilised today, for example an app that allows users to participate in a timed conversation on their smart phones/ computers around their favourite films or albums… Call it “PRESS PLAY NOW!!!” Using the app you could author an individual experience around a film like “Vanishing Point” using Google maps to track the action, building in a subplot of your own.

More info on the XL1 Spectrum program here and here.

And in researching this article I found that fellow mancunian Chris Sievey (aka Frank Sidebottom) was slightly ahead of Shelley with his ZX81 pop video for the single Camouflage in 1983 – see that here.